Lynn is singer, songwriter, producer, arranger, guitarist, pianist and teacher, who for over a decade has toured the world many times over as a featured soloist with world renowned shows like Riverdance, Celtic Woman and Anúna to such countries as America, Japan, China, Australia, Canada, Africa and Brazil. Recently she was invited by Tim Janis to sing in Carnegie Hall for the spectacular art, music and environmental awareness production of "The Way of the Rain" with the stunning art of Sibylle Szaggars Redford, featuring Al Gore, Robert Redford, Loreena McKennitt and others. 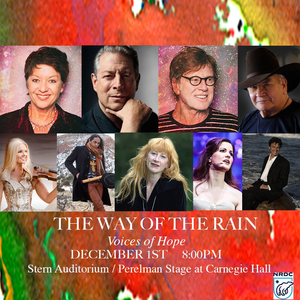 After graduating with a Bachelor of Music Performance Degree she was chosen from an open audition process to be the lead singer with Riverdance at the Special Olympics Opening Ceremony in Croke Park in front of a live and TV audience of millions.  Since then some other highlights include singing in Radio City Music Hall on more than 10 different occasions, singing for an audience with President Barack Obama, Bill Clinton and on ‘Dancing With The Stars’ with Celtic Woman and singing on the Soundtrack to the video game Diablo 3 with Anuna.   She has so far written and produced two solos albums; ‘Take Me With You’ and ‘Saturn Return’ and an album of hymns entitled 'Sacred Songs' with pianist Vincent Lynch. Soon to be released is a new album of Irish songs which is almost complete so stay tuned and thanks for visiting :)